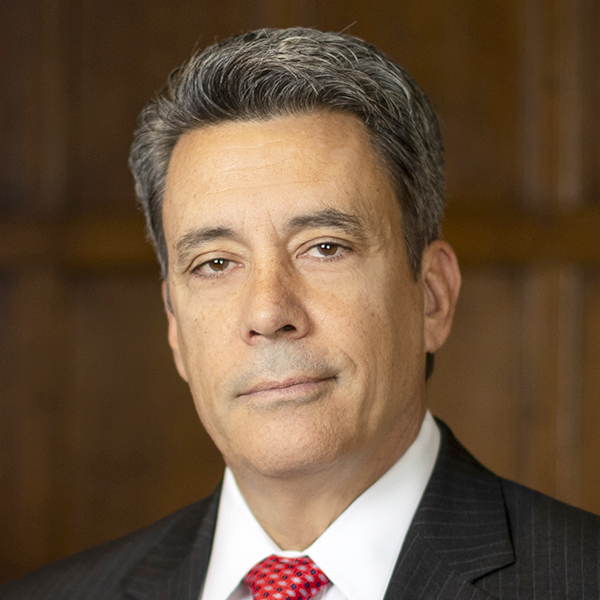 Please tell me where you attended college and law school and about your service as a lieutenant colonel in the United States Marine Corps Reserve.

Why did you pursue board certification in utilities law?

I began my career as a corporate litigator, but worked quite a bit my first few years as an associate for a partner whose practice was devoted to serving Piedmont Natural Gas and several other public utility clients. That part of my practice grew steadily and, by the time I had been practicing about ten years, my work became almost 100% utility related. Given my focus on utility-related issues, I felt like it was appropriate that my certification matched my actual practice.

Are there any hot topics in your specialty area right now?

There are a couple. On the natural gas side of things at both the state and federal level, there are growing challenges related to the construction of natural gas infrastructure based upon opposition from folks who believe that our energy policy and national interests would be better served by a quicker transition to renewable forms of energy and away from fossils fuels—even relatively clean-burning fuels like natural gas. This same sentiment is also driving opposition to fracking as a means of obtaining gas supply to meet our current needs. On the electric side of things (which is a relatively new practice area for me), we are seeing increased interest in the utilization of a form of financing mechanism generally referred to as “securitization.” This mechanism is a technique for funding large utility expenses through long-term bonds with a dedicated revenue stream from utility customers at substantial savings to those customers. Because of the long-term savings to customers associated with securitization, different groups are exploring how it can be more broadly used.

How does specialization benefit the public? The profession?

Utilities law is truly a great example of why specialization makes sense. This area of the law has its own rules, procedures, tribunals, guiding principles, and precedent, and it is virtually impossible for a lawyer who is not familiar with them to effectively represent clients in this area. There is also a premium on understanding not only the legal aspects of a utility’s operations, but also the underlying regulatory principles and accounting for those operations. Because the knowledge is so specialized, the specialty designation establishes that a lawyer has a basic degree of competence in the area, which is important for effective representation of the public. I think the specialization also fosters comradery and collegiality among the utility bar and enhances cross-fertilization of ideas about how new issues and challenges can be effectively addressed.

Has your practice area been impacted substantially by the current pandemic situation?

No. 2020 was the busiest year I have ever experienced. I didn’t set out to become a utility lawyer when I started practicing law in 1988, but it has turned out to be about as recession proof as any area of law I can think of because, even in a recession or a pandemic, people need the services provided by utilities, and the regulation of those utilities continues.

What is some of the best advice you have ever received?

That is a tough one. My dad’s favorite advice—which he repeated at every parting—was, “Don’t put beans in your nose.” Now that probably sounds like strange advice, but it references the tendency of small children to put strange foreign objects in places they don’t belong. To me, it always meant think about what you are doing before you do it, and what the consequences of your actions might be. I find that useful advice in almost all circumstances. In terms of legal advice, my mentor once told me that his strategy for doing legal work was to take any assignment given to him by his clients and perform it as quickly and as well as he could, and he found that doing that resulted in new assignments. In other words, recognize that your work is for the benefit of your clients and serve them professionally and efficiently (and it will work out for you, too). Also pretty good advice.

Who is your hero and what makes them your choice?

I would say my parents. My mother was a diminutive (4’11”, 96 pound) soft spoken small town southern magnolia who was unfailingly polite and unfailingly ferocious in the defense of her family and for what she believed was right. My father was the polar opposite, 6’4”, 250 pound marine colonel and federal prosecutor who often would completely dominate people he didn’t care for by his sheer physical presence. He was most definitely not soft spoken or even polite when he was irked. Somehow, they both imparted the same values to me—work hard, be humble, stand up for what you believe in, commit yourself to what you pursue, and be kind to other people. I don’t pretend to have been able to live up to those goals in many cases, but they resonate with me to this day.